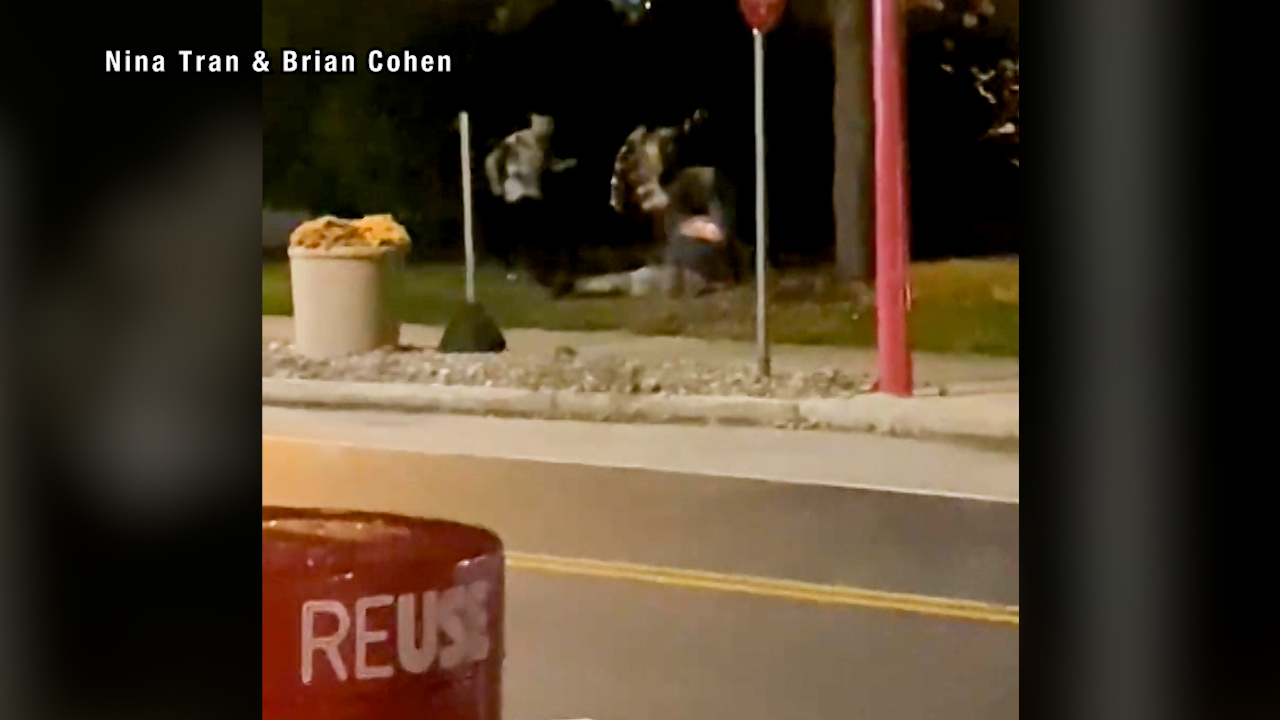 SYRACUSE, NY (WSYR-TV) – Just before midnight after the Syracuse Orange and Clemson football game on Friday night, Syracuse police responded to reports of a brawl near campus with an “uncooperative victim.”

The altercation was filmed by two witnesses, Nina Tran and Brian Cohen, and circulated on social media.

In the video obtained by NewsChannel 9, you can see at least four people kicking and punching a man on the ground, accusing him of stealing their wallet. You can hear the man on the ground asking the perpetrators to “check my pockets” as he was repeatedly punched.

Syracuse Police told NewsChannel 9 it was too early in the investigation to formally comment on the fight, but a department spokesperson said officers who responded to the scene on Friday night arrived as the combat was dispersing.

However, Tran and Cohen, the two witnesses who videotaped the incident on cellphones, urged police on camera to ask them why they hadn’t done more and to take further steps to locate the suspects. .

In the video, you can hear the officer telling witnesses, “If he (the victim) wanted to file a complaint, we would be happy to do so, but he doesn’t and leaves.”

In the joint statement released by the university, Chief Maldonado and Senior Vice President Groves said it was not clear whether those involved had any connection to Syracuse University.

However, if the investigation reveals that a student is involved, they will face immediate repercussions, including a temporary suspension.

You can read the full statement from Syracuse University below:

Not long ago, we learned of a violent incident that took place on Friday evening. This incident, which was captured on cell phone video and shared on social media, happened on University Avenue near the Marshall Street intersection. The video posted to social media shows a group of around five people involved in what appears to be a physical assault on a person who can be seen, sometimes lying on the ground. It also shows subsequent interactions between the Syracuse Police (the law enforcement agency) and others who appear to have witnessed all or part of the incident.

The violence in the video is appalling and deeply disturbing and cannot be tolerated in our community. At this time, we do not know the identity of any of the people pictured and therefore cannot say if they are affiliated with Syracuse University. Our Department of Public Safety (DPS) is reviewing all footage from potential security cameras in the area and social media videos and photos to look for further evidence. If a student is found to have been involved in this assault, they will face immediate repercussions, including a temporary suspension, referral to community standards for code of conduct violations, and referral to Syracuse Police. .

If you know the identity or recognize any of the perpetrators, we urge you to come forward. There are several possibilities for reporting, including anonymously. You can:

-Submit an anonymous advice via the Silent Witness tool or the Rave Guardian mobile app.

We understand the deep concern this violence engenders in our community, especially among those who already feel marginalized. We will continue to investigate this matter and share any new information that becomes available.

The Syracuse Police Department and the Syracuse University Public Security Department are actively investigating. If you know or recognize someone in the video, you are prompted to submit tips.

Here are the ways you can weigh anonymously:

This is a developing story. Stay with NewsChannel 9 live and online for updates.