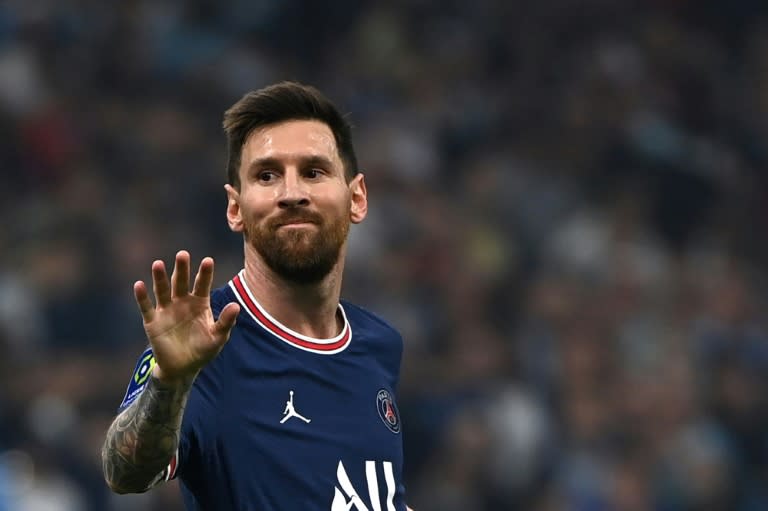 These issues have tended to be rather mundane, for example Juventus asking what music they should play at their stadium, but the concept has caught on.

Messi has done more publicity and Dreyfus believes the Argentine “will set a trend”.

“It’s more of a supplement that will never replace any compensation. It’s more like a bonus, but it’s a bonus that at a given moment the players will start to ask”, explains to AFP Dreyfus since his office in Malta.

“We hope that in two years, during the ‘mercato’ (transfer window), a player will say, ‘Yes, I’m going to this team but they better give me a million dollars in fan tokens.’

“Not only can fans witness the story, but now they can own part of it,” Roma boasted. “Get ready to trade and collect. Join us as we move into the future of football.”

The emergence of crypto-related companies in football comes as countries introduce regulations to crack down on gambling sponsorship – a ban is in place in Spain, for example, while the UK government in considering one.

“The door is ajar for new companies to step in,” says KPMG.

“Something has to fill the void and fan tokens, or something that is not defined as gambling but is gambling, will likely be the big ticket in town,” Kieran told AFP Maguire, Senior Lecturer in Football Finance at the University of Liverpool.

There are concerns that curious bettors may be trained to use crypto-related products without having a good understanding.

To highlight their volatility, the value of “chiliz” – a cryptocurrency less well-known than, say, Bitcoin – soared 58% in the four weeks after Messi’s arrival.

“At the end of the day, these are speculative products. Someone described them to me as gambling with a small G,” says Maguire.

Aston Villa Supporters Trust told Joe.co.uk that their club’s deal with Socios.com was “totally inappropriate” and asked why fan engagement should be monetized.

Maguire said: “Clubs are targeting ‘non-inherited fans’ and asking,’ Can we make money with these new fans?

“If we take Manchester United, they claim to have 1.1 billion fans and in a normal year they will earn around 600 million pounds ($ 805 million) in revenue. So that’s about 55 pence per fan per year. It’s bad enough. “

“Our market is really more about digital fans, casual fans around the world who consume sport differently from you and me historically.”