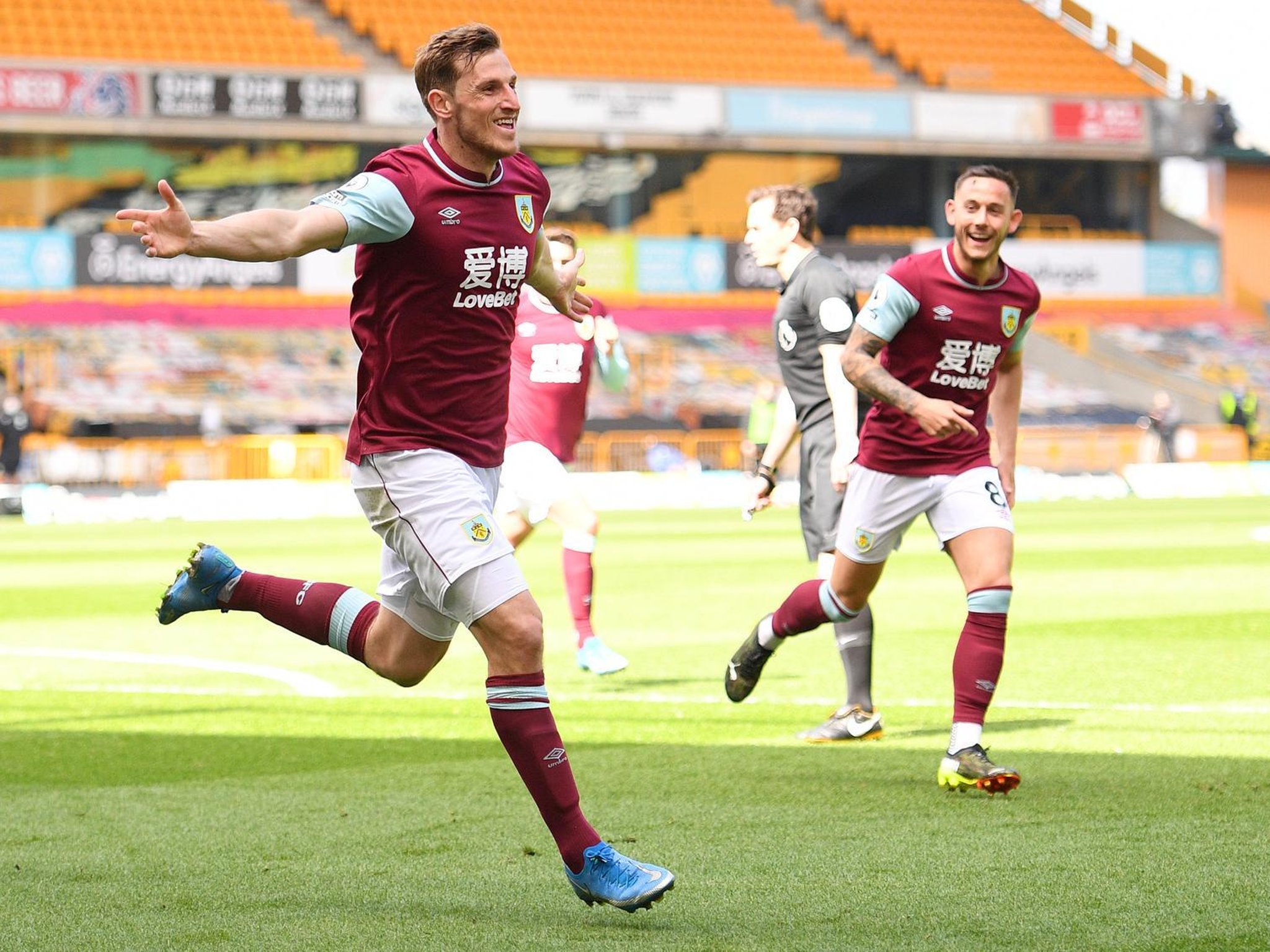 The Burnley forward – now the club’s all-time Premier League top scorer – stepped up the sticks and left his home in New Zealand to pursue a career in football as a teenager.

The Auckland-born forward has traveled thousands and thousands of miles from his homeland to start a new life alongside his mother, Julie, in England.

The Kiwi had made a name for themselves at ASB Premiership club Waikato FC, having also played for Onehunga Sports, Cambridge FC and Hamilton Wanderers, and were invited for a two-week trial with West Brom.

Burnley’s Chris Wood celebrates after scoring his team’s third goal and hat trick during the Premier League match between Wolverhampton Wanderers and Burnley at Molineux on April 25, 2021 in Wolverhampton, England.

“My trainer in New Zealand, Roger Wilkinson, had contacts in England, at West Brom, that’s how they organized the trial,” he said.

“I left when I was 15, 16 to move to the UK with my mom to try and build a career. At the time, I didn’t think it was that bad, I was just going to play football in another country.

“It makes you grow up really fast, it prepares you for the real world. It’s hard work, so they’ll get rid of you if you’re not ready for it.

“You see that year after year with the scholarship program and with the under 23s. They keep pushing things forward, so it’s a tough business to do.

“Luckily I came, got a two week trial and was offered a scholarship at the end. From there it just started to take off, which was good.”

Wood’s roll of the dice didn’t land on a six immediately, but he did start climbing the ranks in his first 12 months with the Baggies.

The forward was prolific at the youth level, which earned him a promotion to the reserve roster, and then, just over 12 years ago, he made his senior debut at Tony Mowbray.

Wood replaced James Morrison with 15 minutes remaining in a 2-2 draw with Portsmouth at Fratton Park.

He said: “Looking back, giving up a way of life, a family, is extremely difficult and I owe my parents a lot.

“The living situation was not too bad because my mom moved in with me. I always had all the comforts of my home so that was an important thing when you were moving around the world because it was is something familiar.

“I had someone there I could talk to. It took me a good six months to get into the youth squad, but it was around 12 months that I really started. put my stamp on football.

“I was scoring goals for the youth team and then I went into the reserve. Then I was lucky that Tony Mowbray gave me my debut.”

Wood’s father, Grant, was the man who inspired his journey in the game, but it was older sister Chelsey who would spark a harvest of love.

The couple had a very positive relationship growing up. Chelsey began to look aside before the siblings joined forces.

They played for the same team and trained together in the back garden of their family home. And, in the end, they both got the chance to represent their country.

Wood said: “It was my dad who inspired me to play football. Then once I started playing football Chelsey joined me because she was still at my sessions. training.

“She was sitting on the sidelines watching, but then she was like ‘if you can’t beat them, join them!’ She played alongside me from the age of about five and we played on the same team until she was 13.

“We had a great time growing together, playing together and practicing together in the back garden. We had a lot of fun.

“She’s my biggest fan on the soccer field, she’s my closest friend and we are in touch every day. We love to catch up and see how each other’s world is going. that Sens. “